The idea of the Prius is a good one- save money on gas, and put a little less strain on the environment. However, as these funny Prius memes prove, no car is safe from the wrath of the internet. These are the 22 best Prius memes we could find, making fun of how the Prius looks, how expensive it is, and who drives it. If you said that 90 of Prius drivers are liberal, I would probably say the number is higher. After all, liberals are often the ones who are championing for cleaner cars, even if they do end up looking like giant douches while doing so. One of these Hybrid memes pictures a Prius littered with “end war” stickers, proving my point.

If you drive a Prius, take these with a grain of salt. Personally none of us really care how you get from point A to point B, as long as you don’t think you’re better than everyone because you drive a Hybrid. Memes about Prius cars are generally pretty lighthearted, so need to blast us in the comments if you happen to own one. 2. Not exactly the prettiest cars 4. Even dead people don’t want to be caught in a Prius 5. Maybe it’s a just a meeting of the virgins 9. OK I laughed at this one I admit it 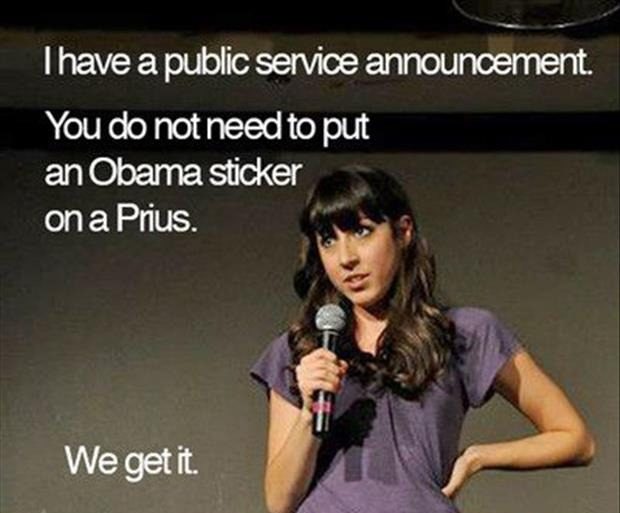 12. I thought mother nature was supposed to like these things 13. Doing it wrong as usual 14. I wonder if there’s a liberal inside (joking) 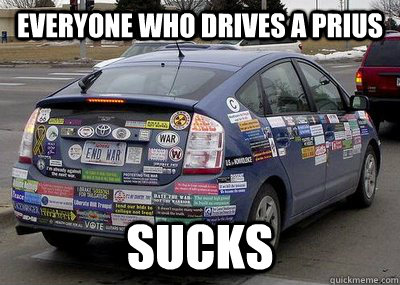 15. Some people delight in seeing this 17. You’re not really helping the environment 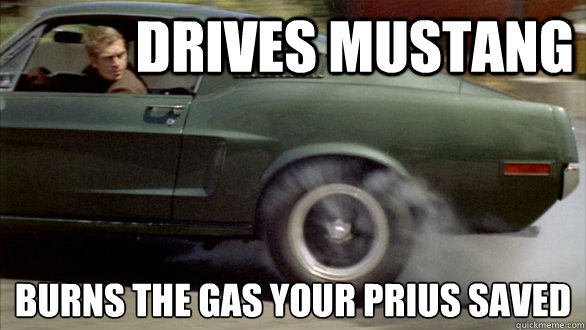 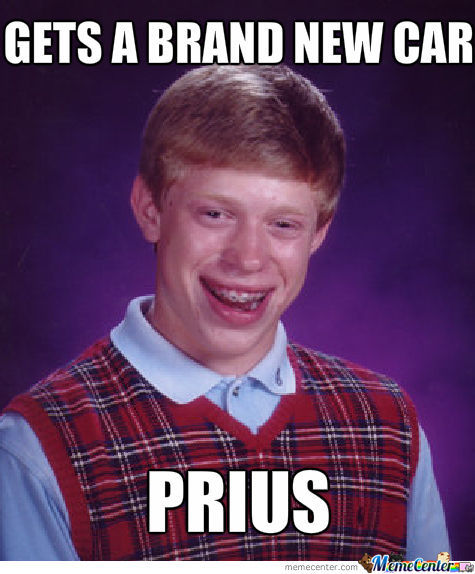 22. The default meme for making fun of car makes